5 Critical Steps after Being Charged with a Crime 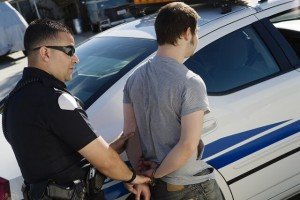 No one anticipates being arrested or accused of a crime. However, being prepared for the unknown could give you an advantage. Regardless of the charges you face, how you act immediately after being charged could significantly impact your case’s outcome.

Therefore, familiarize yourself with these five critical steps to protect yourself in the event you find yourself caught up in the criminal justice system at some point in the future.

What Should You Do Immediately after Being Charged with a Crime?

The faster you act, the better. Any time you are charged with a crime, you have established a criminal record. Now is the time to keep that criminal record as clean as possible – and hopefully keep yourself from serving time in jail or prison.

Regardless of what crime you allegedly committed, here are the first five (and highly critical) steps to complete:

Step One: Hire an Attorney Immediately

Even if you are innocent, do not assume that the police or prosecution will figure that out themselves.

In fact, in 2015 there were 149 people who spent an average of 15 years of their life in prison before being cleared. That is over 2,000 years combined that innocent people stayed in prison for crimes that they did not commit. Sadly, a large majority of those crimes were drug offenses, while others included a staggering 54 murder convictions.

Worse, 27 of those innocent convicts had falsely confessed and were mainly children or mentally handicapped individuals.

Therefore, if you have been charged with a crime, never assume that your innocence will be discovered: hire a criminal attorney right away.

Step Two: Get Your Motions to Court

Next, you need your lawyer to start filing his or her motions on your case, such as a motion to suppress evidence. You are, after all, protected by the United States Constitution from unlawful or unreasonable searches and seizures.

Never talk to anyone about your case unless it is your criminal defense attorney or someone that works at your attorney’s office. The more people you speak to, the more likely you are to set yourself up for adverse witness testimonies. Even if you are serving time in jail or being held until trial, never speak to your cellmate about your case.

While having criminal charges is scary, you have an attorney by your side. Your lawyer’s sole job is to get you the best possible outcome. Try to remain calm, avoid outbursts or negative-looking behavior, and be humble during the process.

If you or a loved one has been charged with a crime, make your first call to the team of aggressive defense attorneys at New Mexico Criminal Law Offices. Call for a free case evaluation now at 505-375-4765 or request more information online.