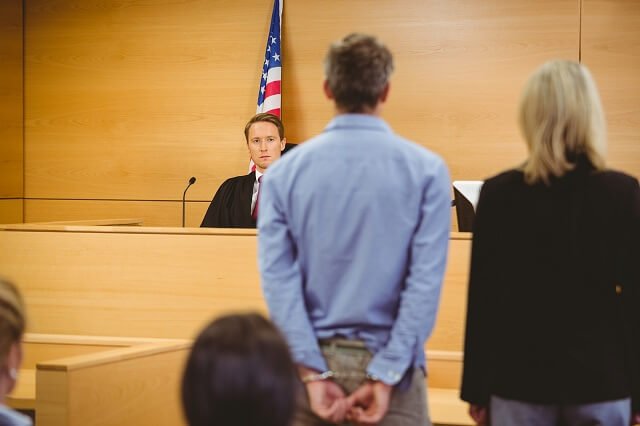 The purpose of the criminal justice system is to control behavior by investigating, prosecuting, and punishing those people who violate criminal laws.

Sentencing is the punishment phase of this process.

Here is an overview of the main traditional and alternative sentencing options used to punish those who have committed a criminal offense in New Mexico.

The US Supreme Court has established that a penalty for a criminal offense must be proportional to the crime. Therefore, there are various forms of punishments that correspond to the severity of the crime:

Capital punishment, the death penalty or execution is the sentence of death upon a person by the state as a punishment for a criminal offense. The US Congress or any state legislature may prescribe capital punishment as the penalty for murder and other capital offenses, such as premeditated murder, murder with special circumstance, rape with additional bodily harm, and treason (a federal offense).

Incarceration is a form of punishment in which the offender is held in custody, in either a jail or prison, for the length of time imposed by the judge. This can range from a few days or months for a misdemeanor, to several years for a felony, like armed robbery.

Fines are common forms of punishment for less serious and non-violent crimes such as traffic tickets, shoplifting, first-time DUIs, and even for the possession of small quantities of marijuana. For more serious offenses, a fine may be given in combination with incarceration, probation, or community service.

Restitution is money paid by the defendant to his or her victims as compensation for any injuries or losses they have incurred due to the defendant’s actions. It is often ordered in combination with other forms of punishment and in order to reimburse the victims for things like damage to personal property, medical bills, emotional stress, funeral costs, and/or to replace stolen property. Restitution may also require the defendant to forfeit any gains they have unlawfully obtained by the plaintiff.

Probation is a sentencing alternative used for less serious offenses and given in lieu of incarceration. It allows the defendant to complete all or a portion of their sentence in the community while being supervised by an officer of the court and under certain conditions and restrictions. If the defendant complies with the conditions of his or her probation, they can remain free. However, if they violate any of the conditions of their probation, they may be ordered to carry out the remainder of their sentence in jail.

Community Service
This is an alternative sentencing option in which a person convicted of a crime is ordered to perform a specified number of hours of unpaid work in the service of the community in which the offense took place. Community service is often given to less serious offenders and in addition to probation, fines, and/or restitution.

House Arrest/Detention
House arrest is another alternative sentencing option used for non-violent offenders in which the offender is allowed to complete his sentence by being confined to his or her primary residence for all or part of the day. The offender will wear an ankle bracelet or some other electronic device to monitor his movement at home and/or throughout the community.

House arrest is seen as a more affordable and desirable alternative to incarceration for less dangerous offenders, as it saves the state money and allows the offender to continue to earn a living to support their families and to attend to medical needs, and other necessary legal and personal obligations while serving their time.

Other Alternative Sentencing Options
New Mexico offers a number of other alternative sentencing options that depend on the defendant’s criminal history and the type of crime that was committed, such as pre-prosecution diversion programs or special programs that eventually lead to the defendant having his or her criminal charges dismissed.

To find out if you are eligible for any alternative sentencing options, or to receive information on how we can help you lessen the severity of the sentence you will receive for a particular criminal offense, contact our law offices (505-375-4767) today. Our attorneys will use every legal means to negotiate the best outcome possible for you and your family.